Universitas Golf, an unofficial Finnish championships in academic golf, was organized on Monday, 6th of August, 2012. The event was organized at Golf Pirkkala in a weather that was ranging from beautiful sunshine to forceful rain showers. The course was in a good condition.

The competition was a best ball team event. Two teams from Aalto University were participating. After the teams of University of Tampere (Mikko Ahonen and Hilkka Kankaanpää) and University of Jyväskylä (Pekka Lumela and Väinö Varstala), the team of Aalto, Joona Kalliokoski and Timo Honkela reached the third position. 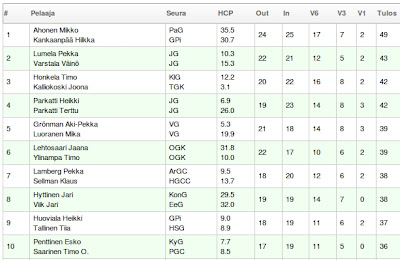 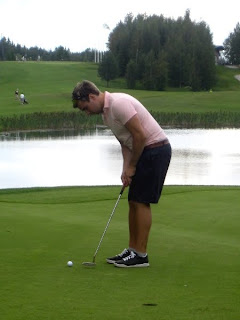